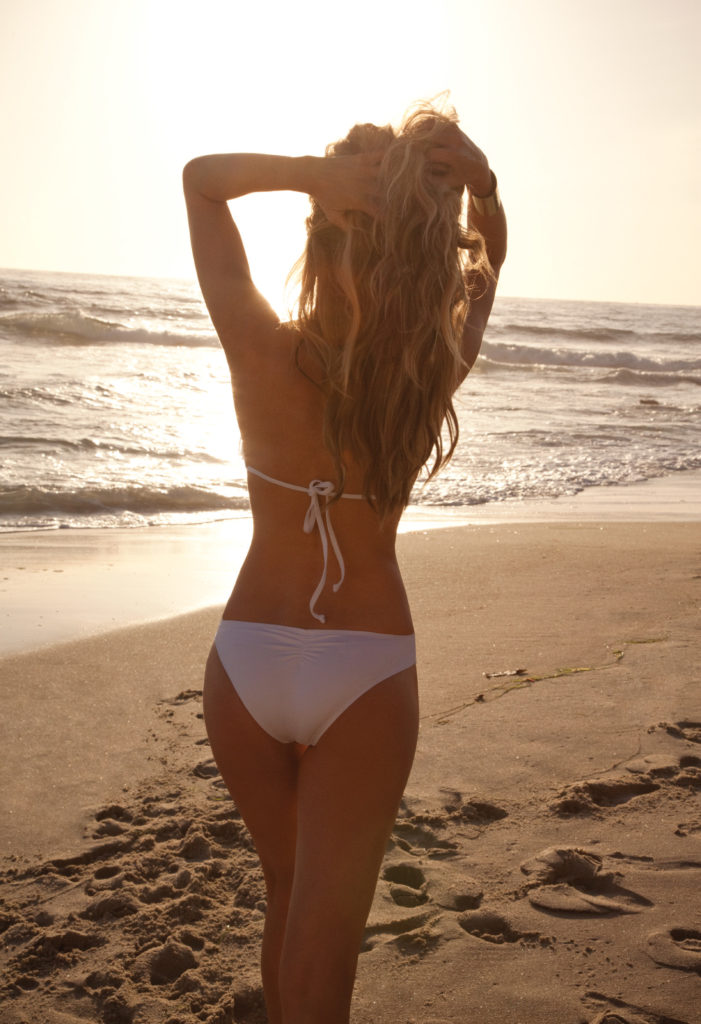 Since her first appearance as a Sports Illustrated Swimsuit Issue model in 2002, breathless journalists have thumbed through their thesauruses to find just the right adjectives to describe supermodel / actress / entrepreneur Marisa Miller. Most focus on the obvious: her stunning good looks. But the attributes that make a woman truly beautiful, what makes her image jump off the pages of a magazine or catalog and compel both men and women to buy whatever product is being advertised are personality and character.

Those are traits Miller possesses in abundance. She’s well-balanced, genuinely warm and nice individual, seemingly unaffected by all the accolades heaped on her over the course of her modeling career for the world’s top fashion and lifestyle publications. When she made her debut at number one on the 2008 Maxim “Hot 100” list, she was characteristically realistic.

“The women on that list are amazing, so to be on it for the first time and have this position is crazy,” she told one reporter. “I’m not one to walk around and strut like Miss Thing, so I’m pretty humbled.”

To another, she said, “I get a kick out of it, but it would be stupid to let it go to my head. It’s modeling—I didn’t find the cure for cancer.”

Marisa Lee Miller (nee Bertetta) was born and raised in Santa Cruz, attending Aptos High and Monte Vista Christian School. A natural athlete with a sincere and abiding love affair with the ocean, she grew up surfing at Monterey Bay beaches. “My dad first put me on a board at Privates Beach near Pleasure Point when I was I was really young, maybe 4 or 5,” Miller recalls. “My parents met while surfing there.” As with many California surfing families, Miller’s life centered on the Pacific. “All our activities revolved around the ocean,” she says. “It was a healthy way to grow up. It toughened me up both spiritually and physically.”

Through her spectacularly successful career modeling for Victoria’s Secret, GQ, Maxim, Sports Illustrated, Cosmopolitan and Vanity Fair, she jetted to some of the most exotic and desirable locations on Earth—she counts Fiji, the Turks and Caicos Islands, Florence and Paris among her favorites—she secretly couldn’t wait to get home. “I worked my butt off to get back to where I started,” she laughs. Miller was a mere 16 when she began modeling, and naturally, she had to be where the work was…and that meant Los Angeles. “Santa Cruz was not my life for a long time,” she recalls. “Living in Southern California was a sacrifice, even though I was only home maybe three days a week. I wanted to save my money and move back here.” That’s exactly what she did.

While pregnant with her first child, Miller and her husband, music producer Griffin Guess, pulled up their Los Angeles stakes and moved to Santa Cruz.

“My family was here and I wanted to have all my family together,” she says. “You want your kids to know their grandparents.” Also a lifelong surfer, La Jolla native Guess has adapted well. Hers is a notoriously fickle industry, relying on a steady stream of new, young faces, but Miller has lasted much longer than the average.

“He grew up in the same kind of surfing community as I did,” Miller explains. It’s comfortable for him here, though the weather and water are colder.” The couple’s second child is due this spring.

Quite naturally, Miller has spent a significant amount of time on the Monterey Peninsula.

“One of our most frequent family activities was camping,” she says. “We’d camp at Pfeiffer and a lot of other Big Sur spots. It was a great bonding activity.” Also naturally for someone who loves the ocean as much as Miller does, she’s visited the Monterey Bay Aquarium “more times than I can count,” starting when she was age 6. Miller was quite honored, then, when the Aquarium honored her in 2014 with the inaugural Paul Walker Ocean Leadership Award. An Aquarium news release said of her: “Marisa Miller is an actress, supermodel, a surfer and Monterey Bay area resident who has been inspired by the Aquarium’s work since she was a schoolgirl. Today, as a young mother, she actively promotes an ocean-friendly lifestyle.”

“It’s funny, but I haven’t surfed in the Carmel area very much,” Miller says. “These days, my husband and I see the Peninsula as a date-night spot. We like Carmel Valley Ranch, Post Ranch and Bernardus Lodge. There are such beautiful restaurants down there,” she adds. When we go down there, I’m usually hungry and just want to chill.” The couple also takes their young son Gavin to the Aquarium, instilling a love of the oceans in him as well.

SUPERMODEL STATUS AND BEYOND

Marisa Miller became a very famous woman over the course of her modeling career and she parlayed that visibility by branching out into television appearances on such shows as “Late Night with David Letterman,” “Entourage,” “How I Met Your Mother” and “Ellen.” She became the first-ever spokesperson for Harley Davidson motorcycles, was “Official First Mate” for Captain Morgan Rum, and a spokesman for the National Football League in the 2010-2011 season. At one point, she also partnered with Santa Cruz board shapers Surftech to produce the Marisa Miller Signature SUP paddleboard. Released in 2013, Miller debuted in a major motion picture, “R.I.P.D.” starring Jeff Bridges and Ryan Reynolds. (The film also features Kevin Bacon, so now she enjoys a direct link to that actor in the “Six Degrees of Kevin Bacon” game.)

A BIG HEART TO MATCH THE BEAUTY

Miller is passionate about several causes: each holds resonance with her life experiences. In her modeling days, she was known as the quintessential California beach girl: tan, uber-healthy, blonde, athletic and approachable—in fact, that image was so closely associated with her that Visit California, a state tourism-boosting organization, hired her to appear in advertisements.

“I was required to be tan and stay that way all year,” she recalls. “So, as did most girls I worked with, I turned to tanning beds, even though I knew the risks.” She rethought that practice, however, after observing fans that came to meet her at events. “I saw these young girls who were obviously going to tanning booths. It bothered me that they were risking their health to emulate me and my colleagues.” Miller started utilizing spray tanning products, “Even if it meant my toes and hands were orange,” and began speaking out against tanning booths. She became an ambassador for the American Cancer Society in 2009.

Miller has been a supporter of the Young Survival Coalition for about a decade. The nonprofit is dedicated to helping younger women who contract breast cancer. And then, her younger sister was diagnosed with breast cancer at the age of 29.

“I couldn’t believe it was hitting that close to home,” she recalls sadly. “That experience was brutal—for my entire family—and it cemented my resolve to support that group.”

Hers is a notoriously fickle industry, relying on a steady stream of new, young faces, but Miller has lasted much longer than the average.

“My ‘shelf life’ as a model was over so long ago,” she muses with that characteristic humility. “I’m fortunate to have worked as long as I have. I’m still getting offers. At this point I examine each opportunity that is presented to me, be it a movie, a spokesperson position or a charity appearance and weigh what works best for my family…I don’t want to stop working.”

The Monterey Bay region exerts a strong pull on the hearts of those who love it. Many transplants wouldn’t dream of leaving again to return to the snows and humidity of the rest of the nation. Those lucky enough to grow up here may think in their youth that the grass is greener elsewhere. Yet many, including Miller while living the dream life of a supermodel, count the moments to when they’re able to return to this region.

“Everything I was doing was a means to an end,” she says, “to get back to Santa Cruz.” She’s proof positive that you can take the girl out of Monterey Bay, but you can’t take the Monterey Bay out of the girl.